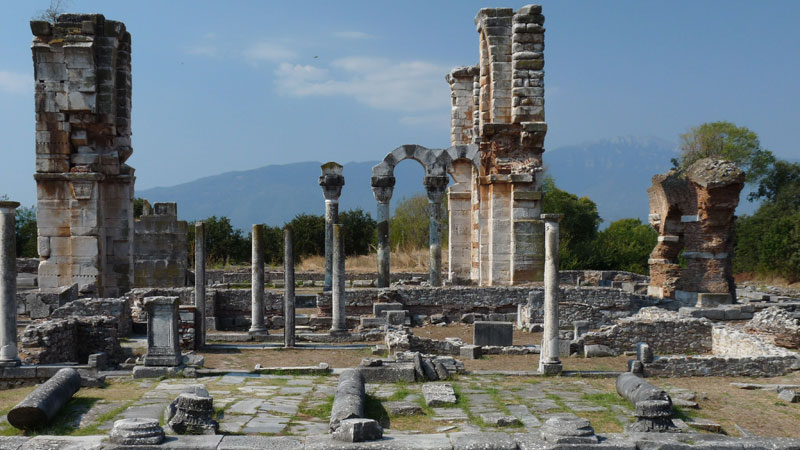 Macedonia is Greece’s largest region. The diversity of Macedonia makes it a paradise for all kinds of tourism. Whether it’s ski resorts on dramatic snow capped peaks, or a simple parasol on an isolated white sand Aegean beach. Or the endless fields of olive groves bordering winding rows of grape bearing vines. All this is to be enjoyed by those visiting northern Greece.

A holiday in Sithonia is so much more than just a relaxing beach vacation. Within minutes to a few hours by car, you can enjoy a whole world of adventure.

This is the land of ‘Alexander the Great’. There is so much to see from this fascinating era in Greek history. To the west of Thessaloniki you can explore Pella, the capital of the ancient Macedonian empire and see the royal tombs of Vergina to the south. This is where Alexander was raised and tutored by Aristotle.

The eastern end of Macedonia begins with the beautiful coastal city of Kavala, the landing point of the Apostle Paul on his journey to Europe. A few kilometers inland you come to Philippi (see picture above) where you can to see Roman ruins from a city that has played part to Mark Antony and Octavian defeating Brutus after the assassination of Julius Caesar.

The Biblical trail continues to Amphipolis where a massive tomb has recently been discovered and is being excavated. Rumor has it that it could be a big discovery, could this be the resting place of Alexander the Great himself? Follow the Via Egnatia on to Thessaloniki and then to Veria (Berea) where the Apostle Paul founded a Christian center.

On the Halkidiki peninsula you can easily reach the ruins of Stagira, the home of Aristotle. The science park close by, honors the discoveries of this famous son of Greece. Stay in one of the quaint mountain villages like Arnea to have close access to these sights.

Soak up the beautiful nature

This part of Greece has everything to offer. Mt. Olympus sends a call to the bygone era of Greek Mythology. Climb this almost 3000m peak which is Greece’s highest and experience unforgettable nature. Skiing, believe it or not, is a popular pastime in Macedonia with several resorts to chose from.

The northern region of Greece is also blessed with Spa tourism and wellness centers. Whether you prefer to pamper yourself in a 5-star resort spa center or soak in the mineral pools in a natural setting, you can have it all.

Wine tours and wine routes are plentiful. Greece is not particularly famous for its wine but you may be pleasantly surprised with what the last decade has been developing in this vine growing region of Greece.