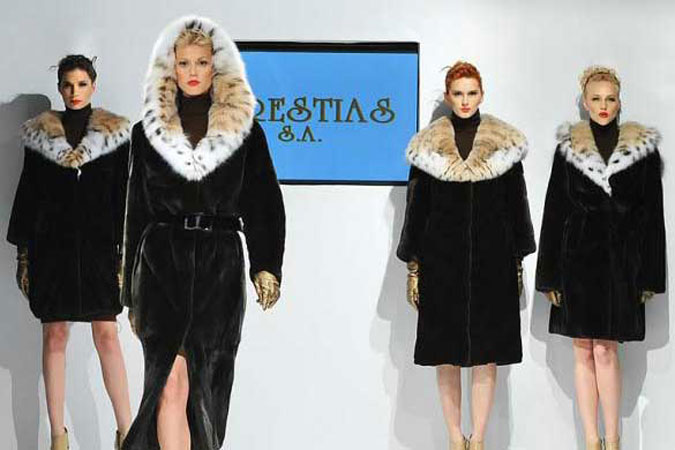 Buy a fur coat in Greece? Sounds crazy but it’s true. The last years have seen fur shops opening up in Neos Marmaras on the Sithonia peninsula, they are almost on every corner. The question is, why would there be a market for furs in a location that sees snow perhaps once in 10 years?

To answer the question is simple – Russians! Yes, for years Russians have been boarding charter flights to vacation in Kastoria in northern Greece. The catch, to bring them to this part of Greece in the mountains and far from any beach, was a free or discounted fur coat with the booking. The fur industry of Kastoria, masterminded a way to have Russians come and spend their money, after all every Russian needs a fur coat.

As the Russians became richer and more seasoned travellers, they started to travel more for the experience and to enjoy a beach vacation. The lure of sitting on a beautiful beach became more attractive than that of going to Kastoria and getting a free fur. So once again the Kastoria fur industry went to work, but this time to bring their product to the people. Since Halkidiki is a hot destination for Russians, the temptation to buy a good quality fur coat on vacation is big. No Russian needs to be convinced of the need – just put up a shop, give it a Russian name and you are in business!

Why a fur industry in Kastoria, Greece?

Situated on a lake in northern Greece, Kastoria is situated in a region that was abundant in wildlife. The name Kastoria possibly comes from the Greek word for beaver which were plentiful in the lake.

During the Ottoman empire in the 14 century, local fur production began. By the 16th century the kastorian furriers imported raw material from abroad, finished the product and had it shipped back across Europe to be sold. The fur industry peaked in Kastoria after 1950 and continues until today as one of the world’s most important centres for fur production.